12 AAC 56.090. GENERAL RULE FOR DETERMINING BOUNDARIES OF THE COMPULSORY PILOTAGE WATERS OF ALASKA. (a) Pilotage is compulsory in the inland and coastal waters of and adjacent to Alaska as described in this section and 12 AAC 56.100. 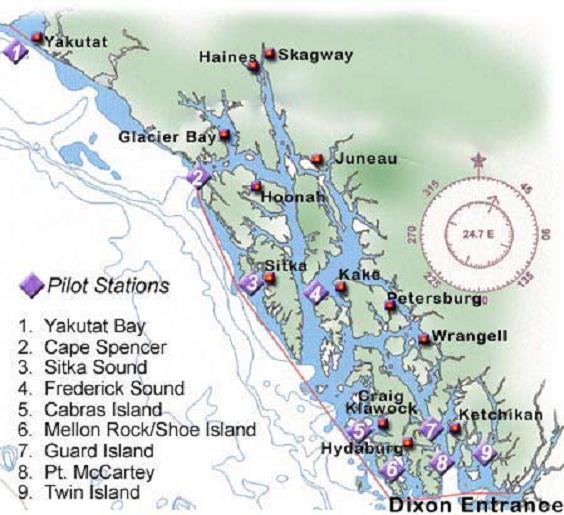